Storm Stayed just dropped in the Farmer Jane stores. This hybrid, also known as Granola Funk 7g flower contains 20.3% THC and is a hybrid balanced right in the middle of indica and sativa.  The strain is derived from two well-perceived strains, the Girl Scout Cooke and Wookie 15 by Bodhi Seeds. Strom Stayed is both groovy and sweet, with a fruity, doughy flavour that reminds you of a bowl of Froot Loops. 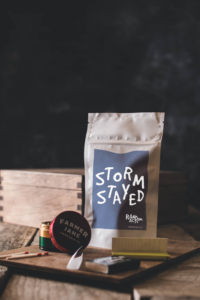 Should I Storm Stayed or should I go now?

Girl Scout Cookie, also known as its acronym “GSC”,  is an indica-dominant hybrid cannabis strain.  GSC is best known for producing euphoric effects, that are trailed by a full-body relaxation wave. One puff of the GSC and you’ll feel happy, stress-free, and floating over to the fridge for some much-needed snacks.

The Wookie 15 strain by Bodhi Seeds is also a hybrid cannabis strain that is made from crossing Girl Scout Cookie (Wow! Two in one!!) with The White and Chemdawg 91. Wookies products euphoric, mellow effects that will get your producing some pretty creative thoughts. The Wookie 15 is known for having a minty and musky flavor profile.

I peeled open this 7g bag and immediately my olfaction system was awakened with a poof of a sickly sweet aroma with hints of grapefruit, diesel, and even coffee. The darker buds contain a fair amount of sugar on the leaf. When I ground up the bud, the grinds were loose and fluffy which made them perfect for rolling my joint. The smoke was smooth so there was no coughing after my hit (everything makes me cough usually haha). I used the Beautiful Burns Cones to smoke and it was as smoooooth as butter. 😎 The effects for me, reflected that this strain was a true hybrid. From my experience, Storm Stayed doesn’t seem to give brain fog but more of a strong in the body effect.

Additionally to Storm Stayed pairing well with being cooped up at home during a snowstorm, it also pairs well with watching a funny show. I watched Trailer Park Boys and watered my plants. I would recommend the more chill activities as this strain makes you feel very relaxed. 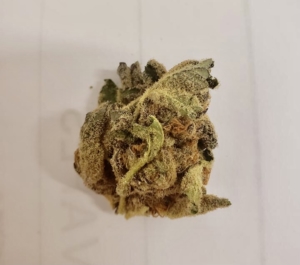 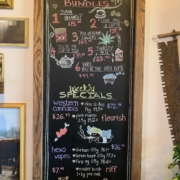 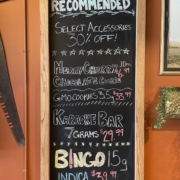 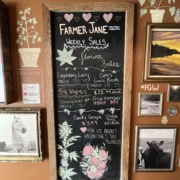 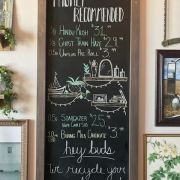 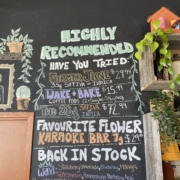